Mantaro has commenced an extensive concession wide mapping and channel / rock-chip sampling program at Golden Hill. The exploration program focuses on the broad north-south trending regional structure (see Figure 3) that hosts the La Escarcha mine and Gabby, the Garrapatillia and Brownfield workings and other gold-bearing vein occurrences in its western hanging wall. The same structure hosts numerous saprolite gold and hard rock gold deposits to the north and south of the Golden Hill concession over a strike length of at least 25 kilometers — underpinning the significant control the structure exerts on gold mineralization.

Mantaro CEO and chairman, Chris Wilson, stated, "Alluvial and saprolite workings at Golden Hill are more extensive than known hard-rock targets and underground workings, which suggests that gold mineralization along regional structures is more extensive than currently known. Defining the source of this alluvial and saprolitic gold will be an important focus of current field work as we continue to outline high priority drill targets for our first phase drill program on the project."

In conjunction with field mapping, Mantaro is extending the existing high resolution magnetic coverage to cover the whole concession. Magnetic data is fundamental to structural mapping and an essential component of effective target generation.

The Golden Hill Property is a fully permitted mining concession that has small scale production over the last few years. Production has been from shallow open pits focused on high grade quartz veins and from limited underground development at La Escarcha vein. This provides Mantaro significant strategic advantages. 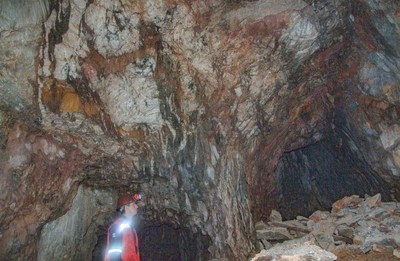 The fact that Golden Hill is a fully permitted mining concession, provides Mantaro with exploration optionality, and the ability to immediately drill or explore via underground development. Diamond drilling is the preferred option for regional reconnaissance. However, exploration of known auriferous (such as La Escarcha) through underground development confers many advantages, including the ability to take bulk samples, map in the 3rd dimension, and channel sample at closer intervals than drilling.

Mantaro will be extending the La Escarcha mine shaft from –45 m level to the -110 m level allowing deeper access to the main quartz veins at the La Escarcha Mine.  Mine staff have reported that gold grades and vein widths increase downwards from surface. A single shaft will allow development of cross drives which will provide access to the four main veins at La Escarcha — veins C2 and C3 which have been mined at shallow levels from underground, vein C4, and vein C5 which is presently being mined in a shallow open pit.

SGS (Canada) ("SGS") are currently conducting bench-scale metallurgical test-work on approximately 200 kg of underground material taken from a 5 tonne production blast on the -55 m level of the C2 vein at La Escarcha. Since the current mining operation at Golden Hill recoveries approximately 50% of gold through a simple gravity circuit, the initial focus of SGS will be a gravity recovery flow-path, followed by cyanidation of gravity concentrates and tails.

SGS are also running bench-scale tests on approximately 100 kg of tailings material from Golden Hill, with an emphasis on determining a representative head grade, and then passing tailings through gravity and cyanidation flow-paths.

Mantaro CEO and chairman, Chris Wilson, stated "Our ability to conduct bench-scale metallurgical tests, from a representative 5 tonne sample taken from a production blast of a typical vein at Golden Hill, allows us to fast track our understanding of the system. This has been done without the need to drill large diameter metallurgical diamond holes. The results of the metallurgy will have a direct bearing on the current small scale operations at Golden Hill."

At the project scale, preliminary structural mapping, indicates that Golden Hill is located within a zone of dilation — developed at a flexure in the regional fault system — that is at least 6 km long and up to 2 km wide. Within this zone there are a series of sub-parallel veins with a cumulative strike length of over 4 km. Another six kilometers of regional structures which shedding gold alluvials are the focus of the current mapping program. 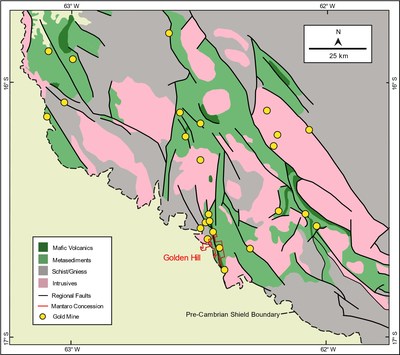 The Company's CEO and Executive Chairman, Dr. Chris Wilson, will be presenting the latest update from the Company's flagship projects in a live webinar taking place on Tuesday, October 19th, 2021, at 1 p.m. PT / 4 p.m. ET. The webinar will be hosted by Focus Communications Investor Relations (FCIR) and Cory Fleck of the Korelin Economics Report. Participants are encouraged to submit any questions for the company prior to the event by e-mailing FCIR at This email address is being protected from spambots. You need JavaScript enabled to view it.. 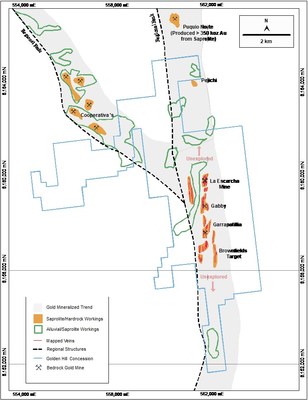 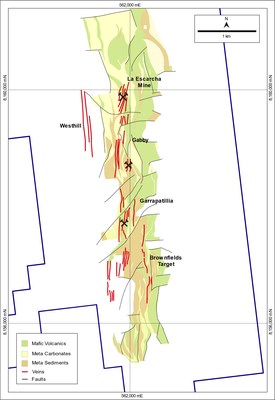 Mantaro Silver Corp. is a British Columbia company that holds a diversified portfolio of gold and silver focused mineral properties in Bolivia and Peru. The Company's holds an option to acquire up to an 80% interest in the advanced Golden Hill Property ("Golden Hill"), located in the underexplored, orogenic Bolivia Shield, Bolivia.